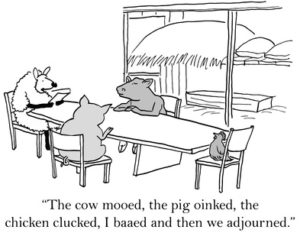 What is Parliamentary Procedure?

In 1876 Army Officer Henry Martyn Robert published the first edition of Robert’s Rules of Order in response to his own limitations to successfully manage a meeting. Since that time the rules have been revised and updated and presently Robert’s Rules of Order is available in its eleventh edition. Robert’s Rules offer guidelines on how to conduct controlled, successful meetings for both large and smaller groups; defines and assists in understanding the variety of motions that are made throughout meetings; proper voting techniques; taking minutes; use of language; and the roles of Officers, among other elements that are utilized when conducting a meeting.

Some community associations always use Robert’s Rules when conducting both general and Board meetings; sometimes this is by statutory requirement and sometimes modified in part. For example, in 2011 the Connecticut Uniform Common Interest Act required meetings of the association to be conducted in concert with the “most recent edition of Robert’s Rules”… “Except as otherwise provided in the bylaws.…”[iii]

What Works Best for Your Association

So, what works best for your community association? Typically associations follow parliamentary procedure in meetings, but not all invoke Robert’s Rules. My HOA is a small community and I’m happy to share that we all get along nicely. Of course there is that one (or two) member(s) who likes to stir things up but overall the association runs smoothly. Our Annual Meeting is held outside, in a cozy gazebo overlooking the waterway, lending itself to a nice welcoming meeting environment. Point being, do to our small, manageable size and level of ease, we follow parliamentary procedure but we do not apply Robert’s Rules in our meetings.

What experience, if any, related to Robert’s Rules and parliamentary procedure have you had in your community association meetings? I am interested in hearing from you, so please share and comment so others may learn from your experience.