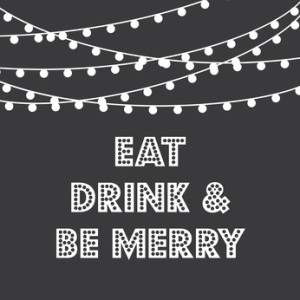 Every December since I’ve moved in to my (HOA) community our Board of Directors along with the residents have held a holiday party in a common area within the community. Our community park has a lovely paved, well-lit path that leads into a long, wide tree lined grassy area that sits alongside a lighted gazebo and a beautiful dock that juts out in to the Intracoastal waterway.

The HOA hosts the holiday party and distributes the invitations, brings drinks, paper goods and a ham. Our neighbors each bring a dish, an appetizer or dessert. Tables are decorated in holiday tradition, the mood is festive, children play and everyone has a lovely time!

In September of 2014 I wrote about the 2014 legislation affecting community associations in the State of Florida*. It was all association members and Attorneys, who specialize in Community Association Law, talked about from the moment the legislation became effective on July 1, 2014 through the majority of 2015.  As a result of that legislation my Board became aware that our governing documents were to be “revitalized.” In order to do so the HOA needed to engage an Attorney who did a fine job assisting the community in this process. Unfortunately as a result of this new relationship our Board was advised by counsel that among other things, having the annual holiday party hosted by the HOA may cause an unnecessary liability. Thus after decades of this tradition, the holiday party ceased to exist.

Aside from neighbors who regularly see one another walking their dogs or those who walk or pass by someone in the street and say “hello” the holiday party was the time to meet or reacquaint with one another. No longer having the holiday party assisted neighbors in becoming strangers. Feeling the loss of this tradition our community members decided to go forward and make the holiday party anyway. The same invitation went out and the location and time remained the same. Only two things had changed with the revived, new and improved holiday party… the “Annual HOA Holiday Party” became the “Family Potluck and BYOB Holiday Event” and of course the additional disclaimer now placed at the bottom of the invitation which reads:

“This is a private event, not sponsored by the community HOA.”

Always a nice sentiment especially relating to and seeing cooperation in ones HOA.  Happy Holidays!!

*To learn more about covenant revitalization see Chapter 720 of the Florida Statutes via the following link: http://www.leg.state.fl.us/Statutes/index.cfm?App_mode=Display_Statute&URL=0700-0799/0720/0720.html