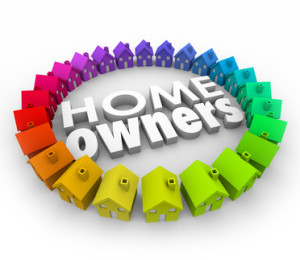 Depending upon your age or chosen profession, or where you grew up, curiosity or love of American history, you may or may not know of Levittown, New York.

In 1947 the construction firm Levitt & Sons began building the first development of tract housing. This development occurred in response to the short supply of homes for returning GI’s from World War II. The community was named Levittown and was built on a potato farm on Long Island. Over 17, 000 homes were constructed in less than five years and were sold at a fixed price of $6,990.

Surrounding the new construction schools and shopping centers emerged. The area boomed. While the “residents were subject to restrictive covenants in their deeds” there was no formal homeowners association established,” nonetheless the residents did have rules to abide by.(2015, April 22). History of Homeowners Associations.  For example, there were restrictions on laundry lines, where they were to be placed and residents were required to “mow their lawns once a week.” (Peltz, 1988). Consider Levittown the first common interest development (CID) launched, thereby leading to what some today love or hate, the HOA.

Historically,  forming communities with certain restrictions were focusing on race and religion, and homeowners associations were not in existence. But as planned communities have evolved over the course of the last century the focus on restriction has shifted to landscape, pets and amenities. Residents move into those communities where the restrictions and covenants rest well with them and pay for them…well, until they dispute them.

Today, according to the Public Record, the median home sale price in Levittown, New York is in the mid $300,000 range.